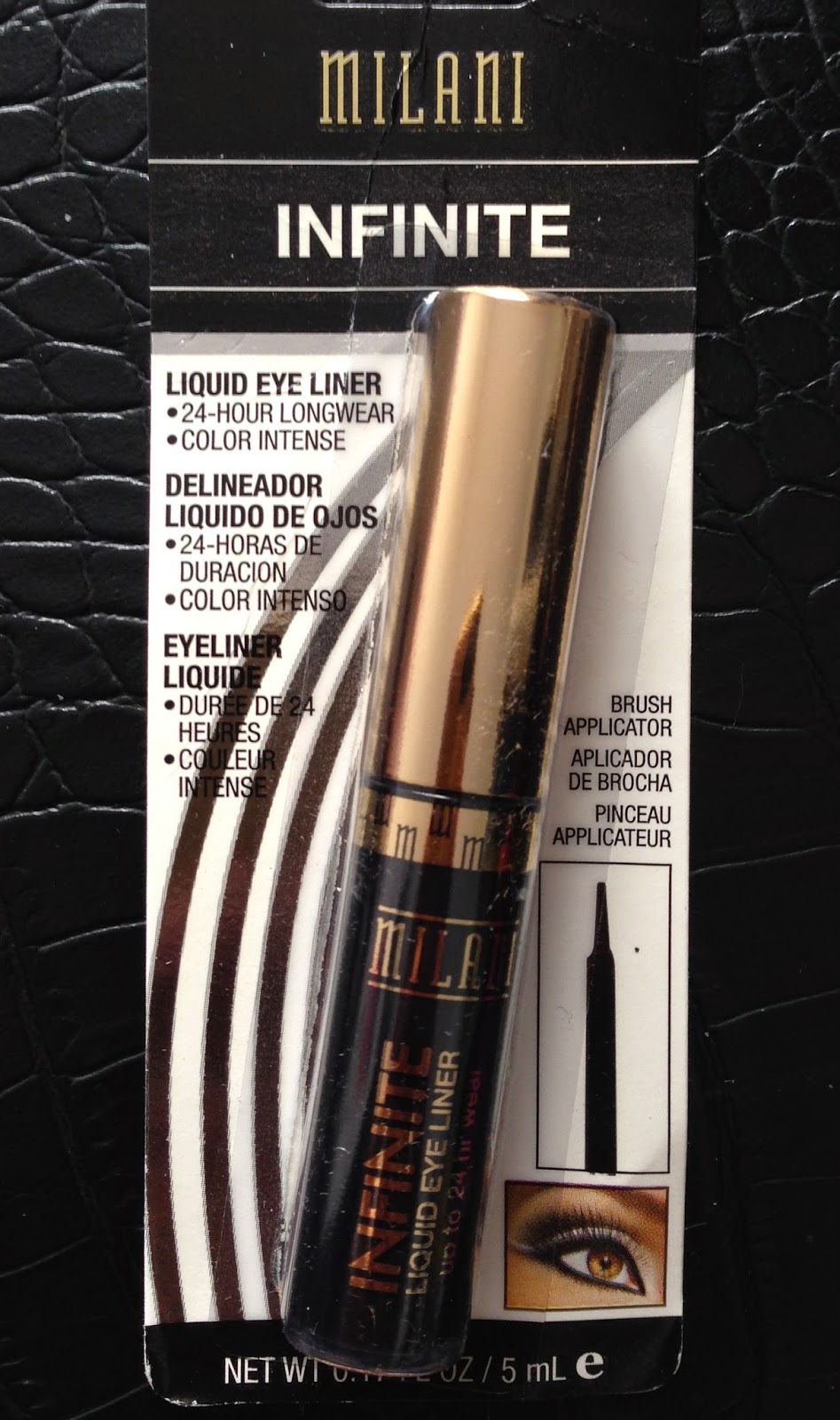 I love the Milani Infinite Liquid Eye Liner.  My eyelids tend to be a bit more oily, so most liners, including the ones that are waterproof will still smudge a little bit by the end of the day.  Trust me, I've tried so many different eye liners, from Revlon Colorstay Liquid Eye Pen to Bobbi Brown Long-Wear Gel Eyeliner, and even the best of them will still smudge a bit on my eyelids (I don't use eye primer).

When I heard about the Milani eye liner, I decided to test it out for myself.  I have been using this product for three days now, and I will tell you that I love it!  Just like other liquid eye liner, the brush is a bit hard to control, but with a bit of practice it will get easier. What I love most about this eye liner is that it really doesn't budge after it dries on your eyelid. I can wear it from morning to late night, and it stays on and pretty much looks the same.  I had to use my face cleanser twice to really remove the eye liner.  I would suggest using an oil based face cleanser to easily remove it, so that you don't rub your eyelids too much.
I've also noticed that many eye liners will disappear behind the eyeshadow, but not with this one.  This eye liner stayed in place and it didn't fade away at all.
I bought this product for under $6, and it's one of the longest lasting formula that I have used so far.

I will give this product:

Popular posts from this blog

February 23, 2016
How many lip balms can anyone really use? - probably not that many, but how can you resist these cute Disney Tsum Tsum lip balms?  The suggested retail price is about $4.95 each, which is not bad until you realized that you can't just buy one and not the others.  I ended up walking out of the store with 4 super adorable lip balms, and $20 less in my wallet...but it's all worth it (I think) These lip balm pots are formulated to moisturize and leave a translucent shine on your lips.  They are also considered collectible items with 4 special edition flavors.  I don't know how long they will be available for purchase,  but I did find mine at a local Walgreens recently.  I'm pretty sure you can check out other major drugstores around your city, or visit Lip Smacker online to buy them.  I hope they will come out with more characters in the future. <3 Mickey: Marshmallow Pop Minnie: Strawberry Lollipop Winnie the Pooh: Honey Pot Stitch: Blueberry Wave
1 comment
Read more

September 20, 2015
Oh my gosh, I think this is my favorite Mise En Scene Hello Bubble Foam Color so far.  The last couple of times that I decided to dye my hair, I went with the redder shades, they came out nice, but harder to see under certain lighting. For this coming fall/autumn, I decided to go brown. I bought the Hello Bubble Foam Color in 7N Mocha Latte which came in the new "Girl's Day" packaging-I'm actually not sure who they are, but I'm guessing they are a K-pop group. This product is definitely one of my all time favorite! This box came with all the usual Hello Bubble Foam Color components; it included the hair colorant, a hair coloring cape/cover, a pair of gloves, and a small packet of conditioner (I prefer to use my own). From looking at the before and after photos on the box, I did not expect the color to be very noticeable on my hair.  The color itself seemed a little too dark to have any effect on my already dark hair.   To my surprise, this color gave me the
Post a Comment
Read more

March 04, 2015
At the end of 2014, I wanted to change my hair color, but I didn't have anything specific in mind.  I went to the local drugstores in my area and looked at a lot of colors and read their ingredients--and I went home feeling uninspired by all of it.  So I thought, maybe I should just dye my hair the same raspberry red from Hello Bubble as I did before.   I went online to shop for it, and that led me to the new color called 7P Vintage Rose Pink. I knew instantly that was the color I wanted to try!  I had a great experience with this brand the first time when I used it ( Check Out My Previous Post For 7R Raspberry Red ), so I wasn't worried about the formula, but more about how and if the color would turn out on my hair.   Once again, Hello Bubble Foam Color did not disappoint me! I loved it!  Why I like the Formula :  I've mentioned in my previous post that I really like the foam formula.  It's non-drippy, and extra easy to apply by yourself (this time I re
1 comment
Read more 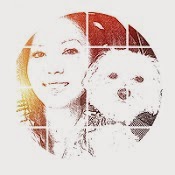 Hi everyone! I'm Dee and I'll be reviewing products and sharing my lifestyle/beauty addictions with you. I hope you will enjoy reading my posts, and do feel free to suggest products that you would like me to review.
You can also leave comment(s) below my post or send me a message. I'll try to post as often as possible, so do come back and check it out.
Have a lovely day!